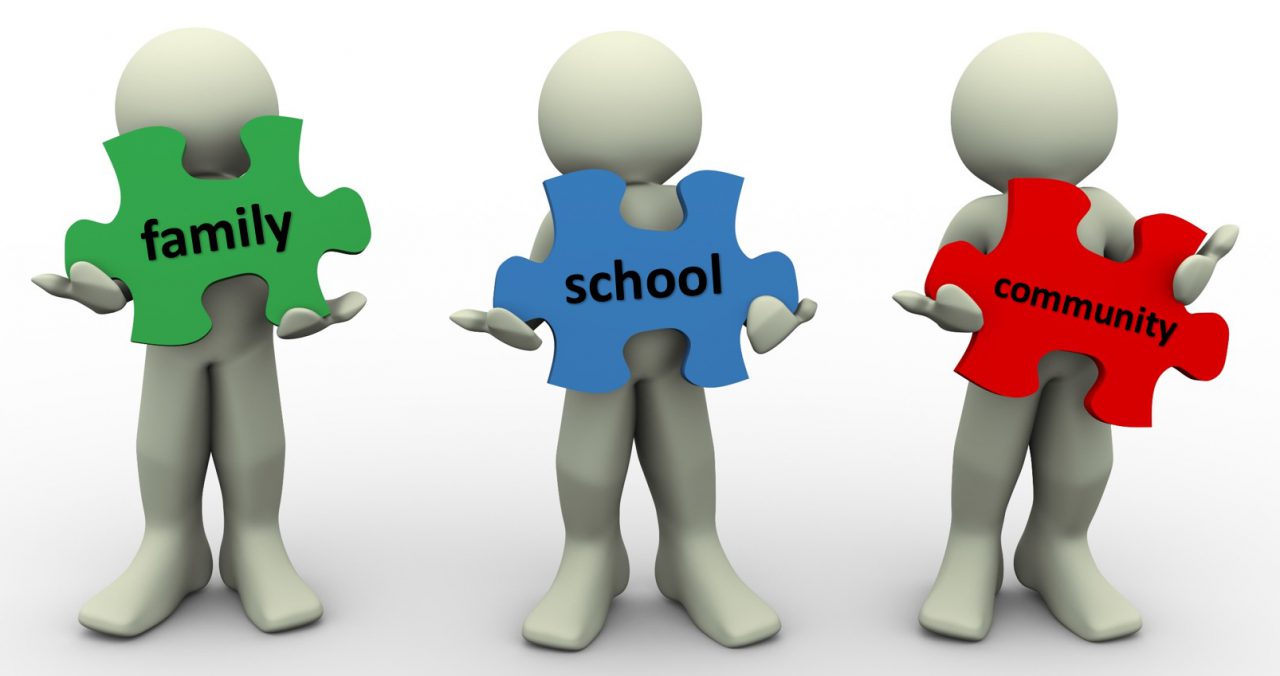 We refuse to be what you want us to be, we are what we are, and that’s the way it’s going to be.
Bob Marley, Babylon System

In my last piece (Blog Post V) I explored the notion of ‘community’ itself. In saying that school leaders should be looking to exercise communal leadership I problematized the term ‘school community’ and the idea of ‘partnership’. I asked whether in seeking ‘partnership’ with parents/carers and the local community we are barking up the wrong tree. Is it the case that school leaders should be paying more attention to community capacity building?

In this, the sixth blog in the series, I look a little deeper at community capacity building, returning to the field of critical pedagogy and how that impacts the concept of social justice in our schools. A return to those introduced earlier in this series of blog posts: Paulo Freire, John Smyth, and Henry Giroux.

I believe the dominant paradigm of school and community ‘partnership’ is a pathologising one that is deficit driven; what is wrong, and what is required to fix it? Community capacity building, however, starts from the viewpoint that all communities have assets, skills and resources, but they also have constraints that limit what is possible. John Smyth (2011) contends that these strengths and constraints are not universal but differ from person-to-person and are highly context dependent. Contexts are as important as the individuals that inhabit them. Capacity building approaches provide space for those most affected at the ‘grass-roots level’ to identify the constraints they are experiencing. And so, the adoption of ‘co-learning’ and ‘problem-solving… dialogue among equals’ (Eade, 1997) trumps the idea of ‘experts’ administering to those deemed inexpert. This is what Smyth terms a relationship-centred and dialogical problem-solving approach.

I am going to reproduce here, in full, a comment posted as feedback on Blog Post V by a parent who was a member of a discussion group formed at a school of which I was head teacher.

Not sure at all how to start this but I am ruminating on all of the above. It’s a sticky consideration the notion of community, amplified excellently by Jeremy Bent’s ‘It (community) includes, embraces and empowers, but it also excludes’

How true and obvious upon being revealed and yet I had never considered the complexities. So what can I say on this issue? Only that which I myself experience.

I am a Me-ist, by which I mean my life has always been and still is all about me fundamentally. Questions such as:-

However, the Me-ist trip appears relevant to the topic. “Me, Me, Me” is hammered home to us all constantly via many various mediums. Think about it.

Hmm, so this ‘I’ seems to be the thread I am following, this sense of isolation, this sense of me being all alone and yet always talked to, always advertised at, always being tricked and deceived into imagining that I am part of a community, as long as I am prepared to pay. And play along.

So, what Simon has done, did do for the Big Me was to regularly invite me and others into the school to discuss ways in which we could, collectively, consider what we all would like to see happen within the school so as to best improve the conditions for learning far all the children, as well as for the teachers providing the learning. He also would put forward proposals to us all and then let us all hammer out our reckonings. Gently I found the Big Me being humbled due to encountering all the other Big Me’s. We were asked on one occasion, teachers, deputy head, and parents, sitting at mixed tables, to respond to questions such as ‘What do you think school did for you?’ and when the various answers came out it was to me astonishing how similar, collectively, the individual tables of people shared the same story. By that I don’t mean to say ‘We all shared the same story’ I mean to say that within every grouping there was more or less a balance it seemed to me of positive memories and negative memories. The beauty of the proposals was that they were open ended and therefore all present waxed lyrical about their lives, their experiences and lots of laughter and agreement ensued.

Wonderful to behold for Big Me, I ain’t so different from everybody else! We all had stories that coalesced and diverged and coalesced again and it never appeared to be about agreement or lack thereof, it was just story-telling, the telling of our stories to one another.
It felt like community building to me on reflection, wonderfully so.

So, ‘But it also excludes’ being the final statement of Jeremy Brent’s deeply insightful sojourn into the nature of community has been the ‘Pull’ for me into this discussion. ‘Big Me’ found itself pulled into a ‘Big We’ (All urinary jokes or puns have been pre-considered) and do you know what, one of the excluded suddenly found themselves included. Over many meetings organised by Simon I found out that we matter, that we are part of something outside of our subjective selves. And that we all know that truth through the love we have for our children.
Pulling in the excluded happens, I tell the tale of my own experience by way of example and I am glad to state it so and it is an ongoing journey.

What Ste has to say on this through his experience engaging in the sort of dialogue he describes offers a hugely valuable insight from one (parent) who would commonly be excluded, as he says.

Ste picks up on my reference to Jeremy Brent in Blog Post V. I drew on Brent’s work because I believe that Brent is better qualified than most to offer perspective on community. Brent worked for 30 years as a youth worker on the Southmead Estate, Bristol, starting in 1975. He took a Masters degree in Cultural Studies at Birmingham University in 1992, and went on to complete a PhD at the University of West England, Bristol in 2000. Tellingly, Brent said:

Ideas can give you the run of the world – action is limited.

He argued that community is best understood in terms of the processes by which it comes about. Community isn’t something that is given or can be relied on. Rather, the idea of community is attached to different forms of collective identity that have actually to be created. I recognise just what Ste is saying in Brent’s words.

John Smyth’s (2011) relationship-centred and dialogical problem-solving approach hangs on the premise that if change is to be sustainable then what has to be engendered is ownership, and producing this means being patient and flexible in the way in which relationships are created and sustained around authentic trust, respect and notions of mutuality and reciprocity. What this means is the creation of a shared reading of context around a central defining agenda that is worked through in dialogical ways (p.115). So we end up turning conventional views of school and community partnership building on their head. Those who have historically been construed as ‘objects to be manipulated and controlled’ are treated instead as ‘creators of a learning’ which has an open ended worldview that is subject to contestation, debate and negotiation (Mitchell and Sankey (2001). Note Ste’s perception (one I share) that the discussion group’s central defining agenda was how we might best improve the conditions for learning for all the children in our school.

Smyth tells us that Freire’s central notion is that ‘hope’, as an idea, ‘is rooted in our incompleteness’, and that what makes us human is the ‘constant search to feel more fulfilled. This is something we pursue collaboratively, something that is at considerable variance with the dominance of neoliberal ideas today, in which the overwhelming emphasis is upon individualism, materialism, consumption and personal acquisition. Note Ste’s troubling over ‘Me’and ‘I’. Smyth cites Ira Shor, arguing that this applies to all western societies:

With our deep roots in individualism… [we have a] devotion to ‘making it on our own’, improving yourself, moving up in the world, pulling yourself up by your own bootstraps, striking it rich by an ingenious personal effort.
Ira Shor, 1980, p. 110)

Henry Giroux (2011) urges us to rethink education as ‘the practice of freedom’. Writing on Paulo Freire’s legacy, Giroux says that hope, for Freire, was ‘a practice of witnessing, an act of moral imagination that enabled progressive educators and others to think otherwise in order to act otherwise’ (p. 161). Hope demanded an anchoring in transformative practices, and one of the tasks of the progressive educator was to “unveil opportunities for hope, no matter what the obstacles may be” (Freire, Pedagogy of Hope, 1994, p.9). Underlying Freire’s politics of hope was a view of radical pedagogy that located itself on the dividing lines where the relations between domination and oppression, power and powerlessness, continued to be produced and reproduced.

Giroux concludes that ‘Far from instilling propaganda in students, I think critical pedagogy begins with the assumption that knowledge and power should always be subject to debate, held accountable, and critically engaged’ (p. 172).

Smyth highlights the work and thinking of the black feminist bell hooks (1990) in her essay ‘Choosing the margin as a space of radical openness’. For her ‘Spaces can tell stories and unfold histories’ (p. 152). It is when marginality is chosen as a ‘site of resistance’ (p. 153), that ‘we move in solidarity to erase the category colonised / coloniser’ (p. 152). She invokes lines from singer Bob Marley:

We refuse to be what you want us to be, we are what we are, and that’s the way it’s going to be

In other words, it is from this ‘space of refusal’ (p. 150) that alternatives are constructed. Let’s hear it for the Radical and a refusal to simply accept the status-quo!

Which takes us back to Ste and his reflection on the telling of stories and histories, in the space that we created…

Wonderful to behold for Big Me, I ain’t so different from everybody else! We all had stories that coalesced and diverged and coalesced again and it never appeared to be about agreement or lack thereof, it was just story-telling, the telling of our stories to one another.
It felt like community building to me on reflection, wonderfully so.

Pulling in the excluded happens, I tell the tale of my own experience by way of example and I am glad to state it so and it is an ongoing journey.

2 thoughts on “Pulling in the excluded happens…”